A technology originally developed to increase lift in aircraft wings and simplify helicopter rotors may soon help reduce the cost of manufacturing and operating wind turbines used for generating electricity.

This “circulation control” aerodynamic technology could allow the wind turbines to produce significantly more power than current devices at the same wind speed.

A technology originally developed to increase lift in aircraft wings and simplify helicopter rotors may soon help reduce the cost of manufacturing and operating wind turbines used for generating electricity.

This “circulation control” aerodynamic technology could allow the wind turbines to produce significantly more power than current devices at the same wind speed.

Research aimed at adapting circulation control technology to wind turbine blades will be conducted by a California company, PAX Streamline, in collaboration with the Georgia Institute of Technology. The two-year project, which will lead to construction of a demonstration pneumatic wind turbine, will be supported by a $3 million grant from the Advanced Research Projects Agency-Energy -- the federal energy research and development organization also known as ARPA-E.

“Our goal will be to make generation of electricity from wind turbines less expensive by eliminating the need for the complex blade shapes and mechanical control systems used in current turbines,” said Robert J. Englar, principal research engineer at the Georgia Tech Research Institute (GTRI). “Because these new blades would operate effectively at lower wind speeds, we could potentially open up new geographic areas to wind turbine use. Together, these advances could significantly expand the generation of electricity from wind power in the United States.”

Circulation control techniques use compressed air blown from slots on the trailing edges of wings or hollow blades to change the aerodynamic properties of those wings or blades. In aircraft, circulation control wings improve lift, allowing aircraft to fly at much lower speeds – and take off and land in much shorter distances. In helicopter rotor blades, the technique -- also known as the “circulation control rotor” -- both simplifies the rotor and its control system and produces more lift.

The ARPA-E project will apply the technique to controlling the aerodynamic properties of wind turbine blades, which now must be made in complicated shapes and controlled by complex control mechanisms to extract optimal power from the wind.

“The speed at which these turbines would begin to operate will be much lower than with existing blades,” said Englar. “Places that wind maps have previously indicated would not be suitable locations for wind turbines may now be useful. The blown technology should also allow safe operation at higher wind speeds and in wind gusts that would cause existing turbines to be shut down to prevent damage.”

Because they would produce more aerodynamic force, torque and power than comparable blades, these blown structures being developed by Georgia Tech and PAX could also allow a reduction in the size of the wind turbines.

“If you need a specific amount of wind force and torque generated by the wind turbine to generate electricity, we could get that force and torque from a smaller blade area because we’d have more powerful lifting surfaces,” Englar explained.

A major question awaiting study is how much energy will be required to produce the compressed air the blown blades need to operate. Preliminary studies done by Professor Lakshmi Sankar in Georgia Tech’s School of Aerospace Engineering suggest that wind turbines with the blown blades could produce 30 to 40 percent more power than conventional turbines at the same wind speed -- even when the energy required to produce the compressed air is subtracted from the total energy production.

Officials of PAX Streamline see the circulation control technology as key to the development of a new generation of turbines that could significantly lower the cost of producing electricity from the wind.

“This is a significant validation of our established turbine R&D,” said PAX CEO John Webley. “With this grant, we can rapidly accelerate our research program and, within the next two years, deploy a prototype wind turbine which demonstrates our game-changing technology.” 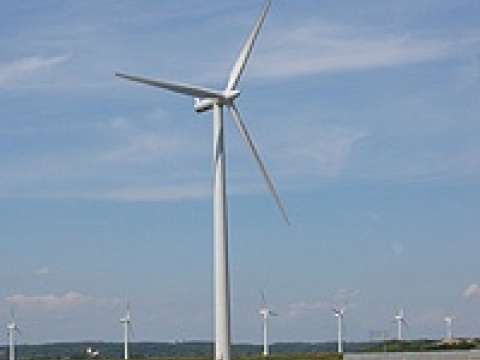