The advisory group that convenes each year to guide the AE School, has recruited four new members to make up for the loss of longtime friend (and alumnus) Dr. Raj Shenoy

All four will be officially installed when AESAC next convenes at the School, September 8.

“This is, indeed, a proud moment for the School,” said William R. T. Oakes Professor and School Chair, Vigor Yang. “With the infusion of such experienced and visionary professionals, AESAC will be ready for the work ahead. Progress in this field never slows down to accommodate our busy schedules."

A 1973 AE graduate, Nick Lappos comes to the council from Sikorsky Aircraft Corporation, where he currently serves as a senior technical fellow, responsible for introducing advanced technologies into new and existing products. He has also served as a senior vice president of Bell Helicopter XworX and as a vice president at Gulflstream Aerospace Corp.

Lappos’s colleague at Sikorsky, Dr. Raj Shenoy, retired from AESAC this past year, after serving for eight years.

Thomas Prete is currently the vice president for engineering at Pratt & Whitney. He has held many roles since joining that company in 1988, including chief engineer for operational military engines, director for global services engineering and chief engineer of hot section engineering.

The former vice president and general manager for Lockheed Martin’s Skunk Works, Alton Romig currently serves as the executive officer for the National Academy of Engineering, a Congressionally chartered advisory group to the federal government.

Rafael Spears brings more than 26 years of aerospace and defense experience to AESAC. He

The Daniel Guggenheim School of Aerospace Engineering AESAC is a standing committee of professionals, academics, and retired government leaders who donate their time and expertise to the guidance of the School's mission. Among its members is former AE School Chair, Dr. Robert Loewy, who led AE 1993 until 2008. 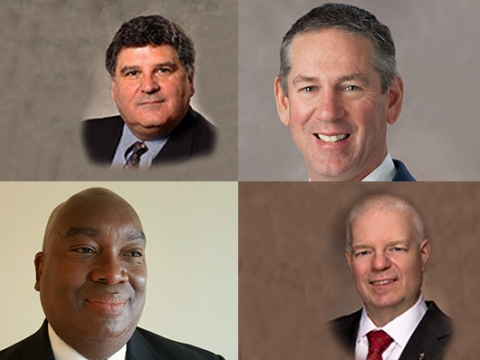