As human spaceflight inches closer and closer to launching a Mars mission, onboard planning and mission adjustments are looming large as potential issues. When the best-laid plans need to be adjusted, how do astronauts reconnoiter?

These questions are at the heart of Prof. Karen Feigh's research, "Technologies for Mixed-Initiative Plan Management for Human Space Flight," which recently received a two-year, $600K NASA Early Stage Innovation (ESI) grant. Together with AE professor Amy Pritchett and ISYE professor Martin Savelsbergh, Feigh will work toward developing technology that will allow on-board astronauts to develop their own short- and long-term plans for accomplishing mission objectives.

"The space environment is a hostile one, and astronauts are always aware that they have limited resources to resolve unplanned events. Right now, we deal with that by developing very elaborate mission plans on the ground that account for every minute of an astronaut's time in space - from mundane activities like eating to more technical ones, space walks, docking, experiments. If changes are called for, there's always Mission Control [on earth]" says Feigh.

"But as we head toward Mars, the communications lag time with Mission Control is between four and 22 minutes. Our astronauts need to be able to track and adjust their activities more quickly to meet the real-time demands of spaceflight and science experiments."

Feigh pointed out that opportunities to execute different tasks are often difficult if not impossible to replicate in space. If an experiment calls for the astronaut to see a particular planet or other space object, then being off by even a few minutes could spell failure.

"You could lose sight of it because it took five minutes instead of four minutes to set up your experiment. It all depends on the orbital mechanics of the planet's trajectory -- and the vehicle you are in. You might not get another chance to collect that data."

Feigh says her team will focus on developing a computational structure and representation of tasks that astronauts must complete. Each task will be defined not only by its obvious demands, but by the constraints it creates. Tasks will be subdivided into sub-tasks and 'sub-sub-tasks,' she says, to get the full scope of activity mapped out. The team will then develop a computational algorithm that can derive optimal short- and long-term plans to meet different goals.

"We are particularly happy to be working with NASA Johnson on this," says Feigh. "Because they know how mission operations actually work. They have the operational data on every mission that's ever been flown. It will be great to combine that with the [human factors] work that Tech has done in aviation to  make a contribution to space flight." 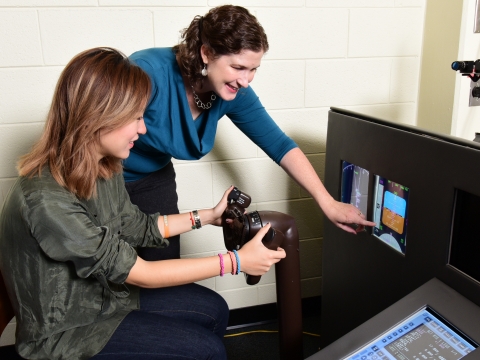