For the 8th time in its 35-year history, the Georgia Tech-led Vertical Lift Research Center of Excellence (VLRCOE) has been granted a renewal of its funding contract  from a consortium of sponsors including the US Army, US Navy, and NASA.

The 5-year, $13M renewal was made late last year, just before a team of Army, Navy, NASA and industry representatives conducted a two-day review of the center, a tour that included an intensive evaluation of both the previous five years and the next five years of VLRCOE’s research work.

“The Rotorcraft Center program at Georgia Tech has been an outstanding model of collaboration between government, industry and academia,” said AE Prof. Daniel Schrage, who has led the Center for a little over 30 years.

“Vertical lift advancement is still strongly dependent on continuation and expansion of this collaborative effort.”

Over the course of its 35-year history, Georgia Tech’s VLRCOE has promoted research that has resulted in software algorithms and simulation models that are in regular use across the vertical lift community.  A prime

example of this is the software package, VABS, developed by AE professor Dewey Hodges and his students, which is now the standard tool for rotor blade design/layout across industry, government, and academic users.

Graduates of the Georgia Tech’s VLRCOE include key personnel in aviation, particularly in vertical lift, throughout the military services, NASA, industry, and academia.

“It is a point of pride and inspiration for us to have continuously hosted this powerhouse of research and collaboration for more than three decades,” said AE Chair Dr. Vigor Yang.

“A lot of changes have taken place in rotorcraft technology over the years, but we’ve had the leadership and the vision right here at Tech to remain out in front of the challenges.”

For most of that time, AE professor Daniel Schrage has served as the director, a role that perfectly fits the Vietnam War veteran and West Point graduate. Schrage came to Georgia Tech to teach rotorcraft design in 1984, and went on to lead the VLCROE in 1986. He is now joined by associate VLRCOE directors Dr. J. V. R. Prasad and Dr. Marilyn Smith, his faculty colleagues in the Daniel Guggenheim School of Aerospace Engineering.

The VLRCOE has prompted the AE School to develop a number of related programs, laboratories, and research centers. The School’s hugely successful graduate program in aerospace systems design was inspired by the Center’s efforts in the early 1990s, and eventually led to the establishment of the Aerospace Systems Design Laboratory (ASDL), the Space Systems Design Laboratory (SSDL), and the Integrated Product Lifecycle Engineering (IPLE) Laboratory. The School’s Unmanned Aerial Systems (UAS) program traces its roots to VLRCOE, and resulted in the establishment of the Unmanned Aerial Vehicle Research Facility (UAVRF). 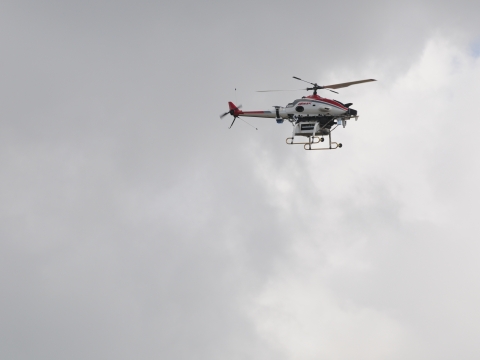