Prof. Marilyn J. Smith has been elected as the new southern regional director for the American Helicopter Society International. A new member of the AHS board, Smith will begin her two-year appointment on July 1. Joining her in the Southern Region will be the previous director, Dr. Robert King, who was elected to the vice president position.

A member of AHS for nearly 30 years, Smith currently serves in several other leadership capacities for AHS, including associate editor of the AHS journal, president of the Atlanta AHS chapter, a peer reviewer for the AHS journal, and the faculty advisor for the AHS Georgia Tech chapter. In the past, she has also served as chair of the organization's aerodynamics technical committee, its 2014 annual forum, and its wind energy technical team.

Looking ahead, Smith said she will use her new position to promote the interests of all AHS sections within the region.

"This is an opportunity for me to help make a difference for smaller chapters that do not have the resources of the larger chapters," she said.  "It will also allow me help grow AHS. In particular, I want to introduce rotorcraft to student chapters in the southern US region and help the next generation of young faculty and engineers in rotorcraft."

Smith said she will work to help smaller chapters -- in Florida, Georgia, South Caroline, Tennessee, and Alabama -- to tap into the resources of the two largest sections. She also plans to promote the AHS Lichten competition, which is a competition for young authors giving a presentations or papers for the first time.

An AIAA Fellow and a Technical Fellow of the AHS, Dr. Marilyn Smith earned all three of her degrees from the Daniel Guggenheim School of Aerospace Engineering. In addition to serving as the associate director of Georgia Tech's Vertical Lift Research Center of Excellence, she is the director of the Nonlinear Computational Aeroelasticity Lab and a member of the Aerospace Systems Design Lab.

Founded in 1943 as the American Helicopter Society, AHS International today is the world's premier vertical flight technical society. The Society is the global resource for information on vertical flight technology. It provides global leadership for scientific, technical, educational and legislative initiatives that advance the state-of-the-art of vertical flight. 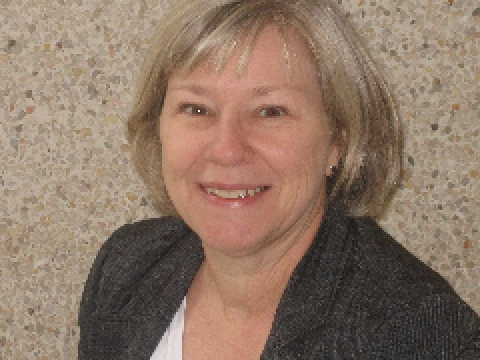