Cupid's Arrow Has a Celestial Target

Cupid’s Arrow, a NASA-funded collaboration between AE’s Space Systems Design Lab (SSDL), the Jet Propulsion Lab (JPL), CalTech, and Université de Lorraine is seeking a clearer picture of Venus – a planet so similar to our own that it is sometimes described as Earth’s ‘twisted sister.’

“Earth and Venus are similar in so many ways - size and distance from the Sun, for example – and, yet, they turned out very differently as planets,” says E. Glenn Lightsey, SSDL director and co-investigator on the study team.

“At Venus, the atmosphere is incapable of supporting life as we know it. Why are Earth and Venus so different? It’s a mystery that planetary scientists would like to better understand.”

Supported by NASA’s Planetary Science Deep Space SmallSat Studies (PSDS3) initiative, the Cupid’s Arrow study team is tasked with designing a 30-kilogram atmospheric probe that can be deployed by another spacecraft en route to Venus or another planet.

“Small satellites are perfect for this sort of drive-by deployment, where the main vehicle has a different mission but can serve as a launch platform as it moves past another planet. Lots of missions already use intermediary flybys of planets like Venus to get a gravity boost on their way to their final destination,” says Lightsey.

“The telemetry is either sent back direct to Earth or is relayed by the mother ship after the encounter.”

After separating from the mother ship, the Cupid’s Arrow probe will dip into Venus’s atmosphere below the homopause to measure the planet’s noble gases - inert elements that can provide insight into a planet’s history. These atmospheric samples will be processed by a quadrupole ion trap mass spectrometer developed by the Cupid’s Arrow instrument team. With sufficient analysis, these measurements can help scientists map out the planet’s evolution and compare it with Earth’s. Some parameters of interest are the original supply of volatiles from the solar nebula, the delivery of volatiles by asteroids and comets, the escape rate of planetary atmospheres, and the degassing of the interior.

Lightsey’s group will design the probe’s structure using 3D-printed additive manufacturing (AM) techniques that have been developed in his research lab for space applications.

“We have used 3D-printed technology to build systems like cold gas thrusters for other interplanetary small satellites. Here, we are exploring 3D-printing the probe’s structure, which will enable us to do some creative things mechanically,” Lightsey says.

“The probe has to survive an extreme environment of heat and pressure as it flies through Venus’s atmosphere, and 3D-printing gives us some new ways to improve its performance.”

Lightsey believes that the Cupid’s Arrow mission concept could become a technology pathfinder for the exploration of other planetary atmospheres, such as Titan, the largest moon of Saturn. For now, however, the team is focusing on the engineering tasks of Cupid’s Arrow: devising the vehicle’s trajectory, designing an AM satellite that can handle Venus’s atmosphere, and creating a communication platform to transmit the data back to Earth.

“There is a lot to learn from Venus’s atmosphere. Cupid’s Arrow can help us find answers like how much cometary bombardment Venus experienced, and how that affected the way Venus evolved as a planet,” Lightsey observed.

“It is also an example of enabling new science by leveraging an existing space mission at a fraction of the cost of a completely new mission.” 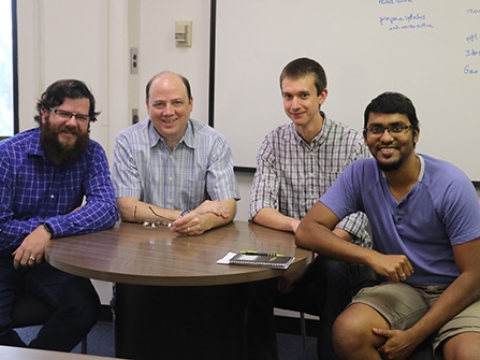 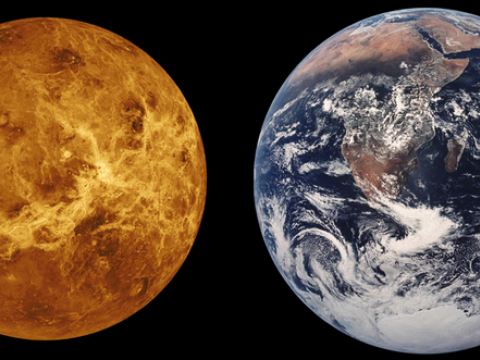