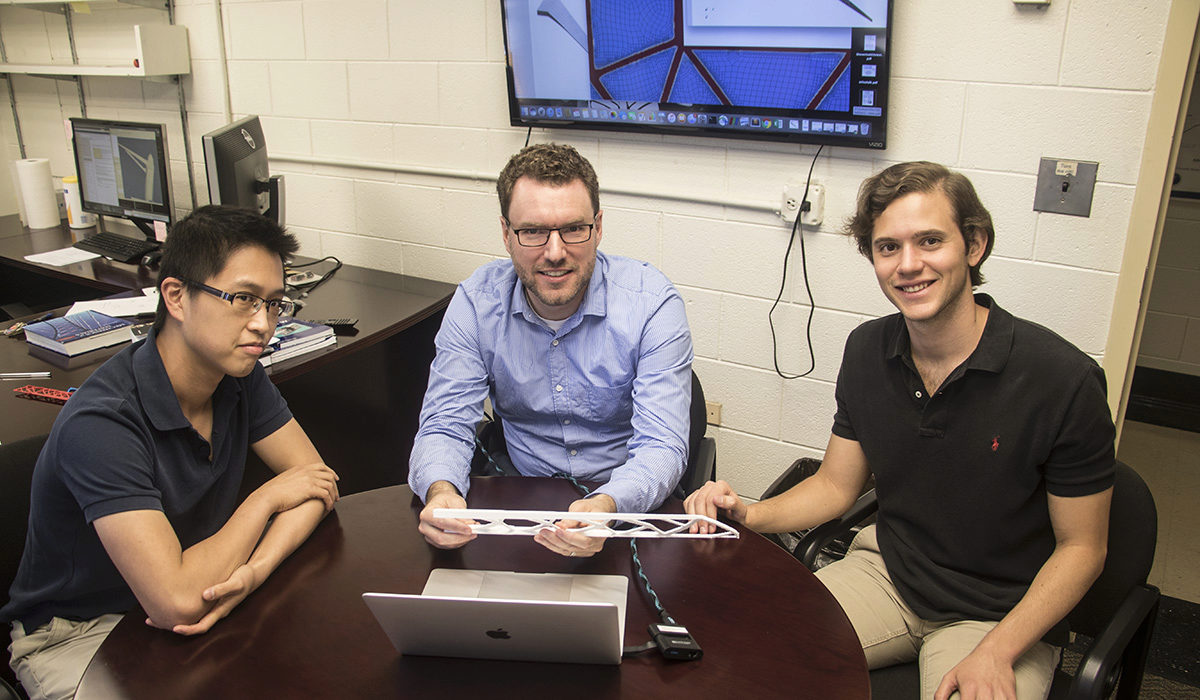 A collaboration with NASA and Aurora Flight Sciences has been giving AE professor Graeme J. Kennedy a chance to re-imagine the traditional rib and spar concept that has defined airplane design in the modern jet aircraft era.

“In essence, we’ve been able to ask ourselves ‘If you had the freedom to do whatever you wanted, how would you design a next generation passive aero-elastic high-aspect ratio airplane wing?’” says Kennedy, who specializes in developing new methods and applications for multidisciplinary optimization.

It’s also a lot of number crunching. Kennedy and his research team have pursued some complex topology optimization techniques that are now showing promise in the development of models for next generation wings.

“We’re taking the traditional wingbox design – the orthogonal rib-and-spar design – and seeing if there are benefits to moving away from it,” says Kennedy.

“The outer surface of a wing is not going to change, but the interior structure can be engineered to achieve a more tailored aero-elastic performance. We’re letting a computer optimizer answer the big question: if you could additively manufacture a fully optimized airplane wing, what would it look like? Where would you deposit or subtract material to achieve predictable passive aero-elastic flexibility?”

Kennedy’s team has made ample use of the Aero Maker Space to 3D-print different components and models, but they are not planning to produce a working airplane prototype or even a wing. They are instead developing the tools that the computer optimizer will use to generate a new suite of novel wing designs – structures that will be able to accommodate a wide variety of aerodynamic loads, robustly and with predictable deformation. The flexibility of these high aspect ratio wings will be “baked into their design,” he noted, but it will be up to the manufacturers to transform those designs into working airplane components.

“Designing structures using this tool would be a huge undertaking, a big investment, so our job right now is to quantify the benefit of using it. How helpful is this tool in designing next gen wings?  What percentage of fuel burn can we save? How low a weight can we achieve? What load can the structure sustain? These are the sorts of questions that will help us decide if it’s worth a major investment.”

Working with two doctoral students, Ting Wei Chin and Mark Leader, Kennedy is using a matured finite element code, TACS, to solve the topology optimization problems at the heart of their work. The code itself has been around for awhile, but it has never been used to tackle topology optimization problems. Those problems became exponentially more complex recently, when the team shifted its focus from 2.5D to 3D modeling of wingbox through-thickness.

“The size of the problems we’re solving now is on the order of 10 to 100 million degrees of freedom,” Kennedy says with both a gasp and a chuckle.  By comparison, he points out, the average 2D modeling problem has between 10K to 100K degrees of freedom.

But the numbers do not faze this team. Their size is to be expected, given the complexity of their mission. Kennedy is, instead, focused on the progress the calculations have made toward their final goal. On that score, he is confident.

“The 2.5D model has been used to perform fixed-load structural mass minimization with stress and buckling constraints. It has also been used to perform fuel burn and takeoff gross weight minimization using full aeroelastic analysis. In both cases, the 2.5D model had significantly fewer design variables and state variables than a full through-thickness wingbox model. The challenge, now, will be to translate the same capabilities to the full 3D through-thickness wingbox model.” 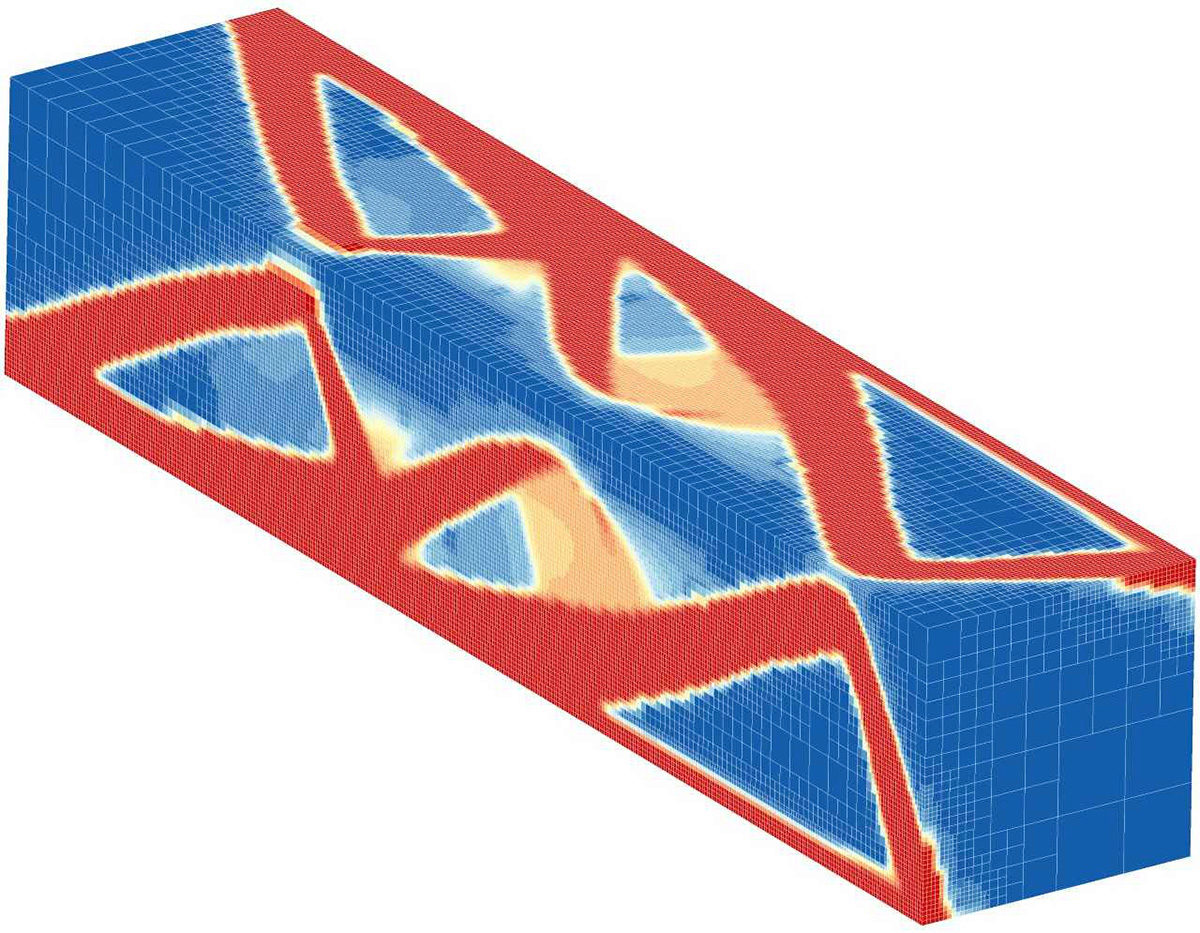 A computer simulation of an alternative wing architecture, developed by Kennedy's team. 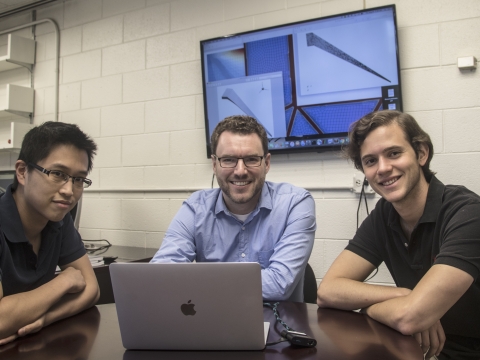