Georgia Tech Welcomes Electric Propulsion Pioneers from Around the World

More than 500 scientists, engineers, entrepreneurs, and policy makers  from around the world were in Atlanta Oct. 8-12 for the 2017 International Electric Propulsion Conference, hosted by Georgia Tech under the direction of AE professor Mitchell L. R. Walker.

The five-day conference gave experts from a wide array of backgrounds a chance to learn about new developments in a technology that shows exceptional promise in satellite telecommunication and space exploration. As if to prove that very point, IEPC attendees learned on Oct. 11 that an electrically propelled spacecraft built by Airbus for Eutelsat, had succeeded in reaching geosynchronous orbit in just four months – breaking all previous records for electric orbit raising (EOR)

The announcement was unexpected, but didn’t surprise conference organizer, Walker, who heads up Georgia Tech’s High Power Electric Propulsion Lab. In addition to believing in the science of EP, he is bullish on its commercial potential.

“The economic advantage of electric propulsion is outstanding,” he said. “Electric propulsion gives us a pathway for drastically reducing the capital required to place a vehicle into geosynchronous orbit. It is reasonable to assume we can cut the cost of telecommunication satellite deployment by as much as 50 percent.”

Walker’s optimism is shared by others. According to an article recently published in Space News, industry forecasters predict that as many as 50 percent of commercial telecommunications satellites will be all-electric by the year 2020.  That same article noted that the industry appears to be on pace for making that goal. Walker believes gatherings like IEPC2017 can encourage that trend.

“The IEPC2017 gave space enthusiasts, engineers, academics, and venture capitalists the perfect environment in which to explore their joint interests,” said Walker. “During the panels, the workshops, and even during the social gatherings, people were talking about the possibilities, pitching their ideas,  and outlining the requirements for projects that will define the future.”

Walker pointed out that the dream-chasing entrepreneurialism of the venture capitalists has always challenged the nascent conservatism of the scientific and academic community. Within limits, he said, this is a good thing. Maybe even great.

“Venture capitalists only come in when there’s a big opportunity. We saw this with the semi-conductor computer industry where an immense amount of money came in from investors because people wanted computers in the late 70’s and 80’s. That investment laid down the infrastructure for the computer industry, Silicon Valley.” he said

Walker says there is already an identified need for a new infrastructure in space, where world-wide communications and information-sharing is ready to make a huge jump.

“To do that we need to build the rockets to get the infrastructure up there. And we’ve seen a lot of private investors step in – with SpaceX, Blue Origin, Sierra Nevada, and other start-ups that are eager to lay the ground work. The next step is: who’s going to build the actual constellation of satellites? There are several private companies- like OneWeb, SpaceX, Boeing, and Facebook - who’ve been interested in building those satellites. And they are looking for who’s going to design the engines – electric propulsion is an option they’re looking at.”

Looking ahead, he said, conferences like the IEPC are the perfect platform for bringing together all of the players – from start-ups to NASA.

“And it’s important for academic leaders, like Georgia Tech, to be in front of this trend where we can continue to produce the right talent for both future research and innovation” he said.

Walker paused for a moment to reflect.

“I saw this happening at the IEPC and I am proud to be a part of where it’s going.” 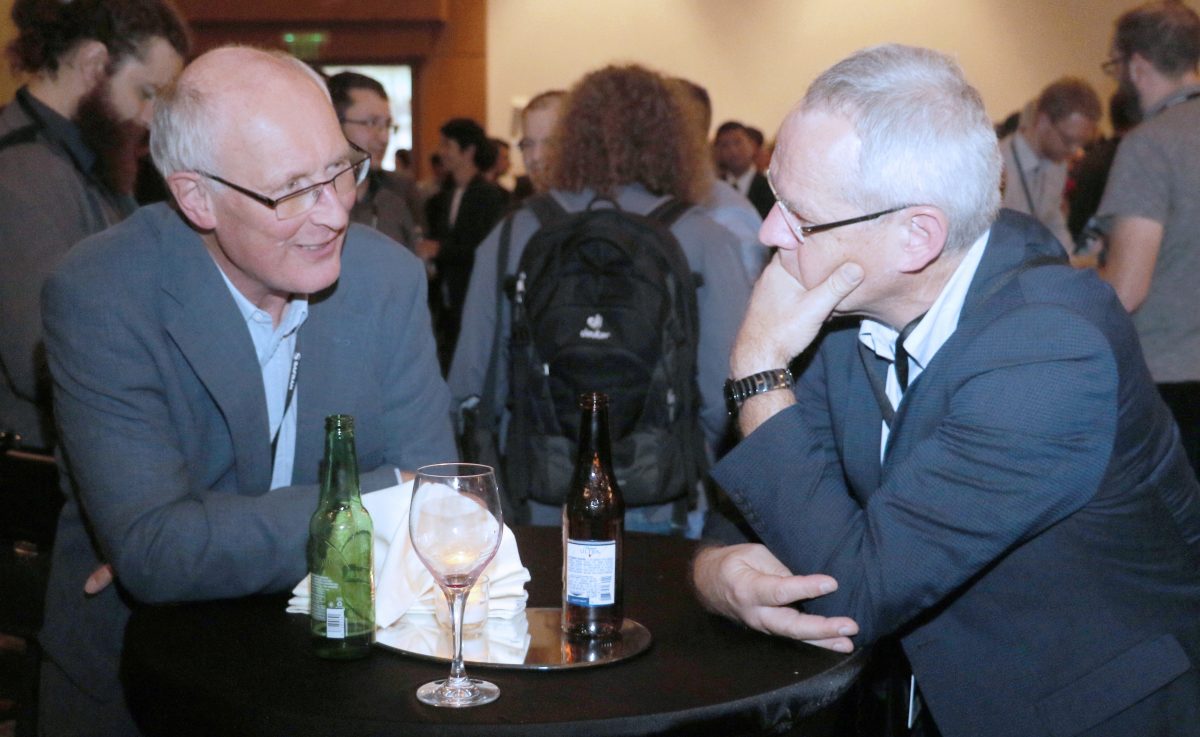 Scenes from the IEPC2017. When 500 of the world's top experts in electric propulsion came together in Atlanta for five days, we suspect some of the most interesting conversations happened off the grid. Check out the slideshow. 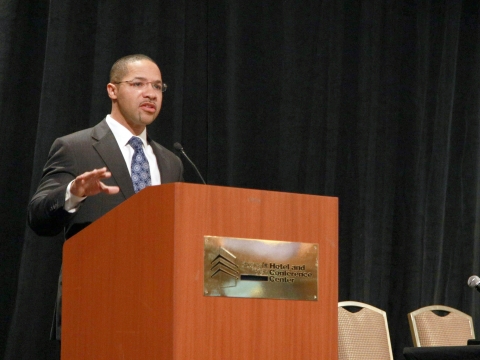