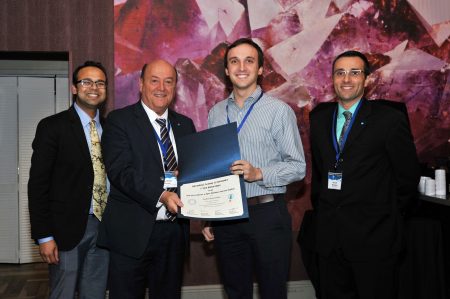 Announcement of the award came during the conference's 3-day proceedings, held Nov. 13-15 in Orlando, Florida.

"Confirmation bias can be a big problem in space or any environment where you need to observe new phenomena," says Jaunzemis."Basically, it's the notion that, if you start observing things with the wrong conclusion in your head, you'll search for evidence that confirms it. We are seeking to overcome that barrier."

The novel proposed method is tested against a geo-transfer orbit anomaly resolution scenario.

A native of Maryland, Jaunzemis will join the Johns Hopkins University Applied Physics Laboratory in the Space Technologies and Applied Research Group after he graduates next spring. His wife, Samantha Jaunzemis, BSBME '17 is already working in Maryland as a process engineer at W. L. Gore. 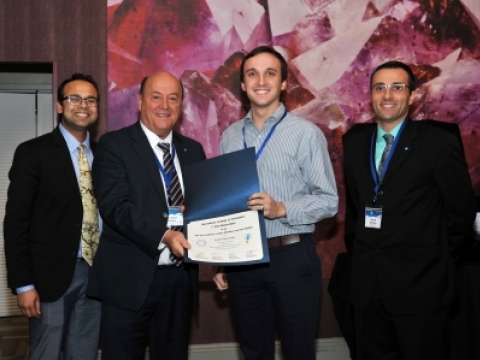