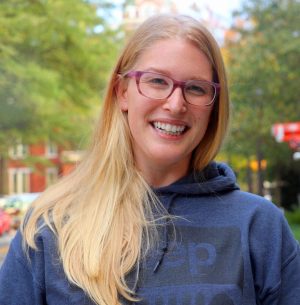 The 28-year-old aerospace engineering undergrad has had her turns with both. And the only thing they’ve taught her is that resilience is better. Much better.

“Well, I guess you could say I am lucky in the family department. They are great.”

The love of her family – and her dream of getting an aerospace engineering degree – have been the only constants in a decade that has seen most of her ambitions dashed. A freak accident on the eve of her freshman year caused such pain and disruption in her life that she was forced to leave Tech without a degree two years later. To make ends meet, she took jobs managing a wedding dress store and selling women’s sweaters - all while her Tech classmates started building their aerospace engineering careers. Along the way, she lost her father to cancer, discovered her sister has chronic leukemia, and was seriously injured again in a motorcycle accident.

None of this took Mariah out of the game, mind you, but she’s not ashamed to say she got a little winded.That’s where that family comes in: even if it was through tears, the Amstutzes were always cheering her on.

“At one point, when my Dad was really sick, I remember telling him that I would give up on going back to Tech so I could move in with him,” she says. “And, as sick as he was, he told me that if I didn’t go back to finish that aerospace degree, I wasn’t welcome in this house. And he meant it.”

During her first enrollment at Tech, when her injuries confined Mariah to a wheelchair, her mother moved into the dorm room and slept on an air mattress so she could wheel her daughter to classes. After withdrawing from Tech, Mariah naturally returned to the family home in Texas to regroup. She enrolled in a community college, earned a degree in business, and kept plotting.

“I went back to school because, well, you can’t just give up, can you?  And I graduated with a business degree – with honors! But I was really frustrated because I couldn’t go design airplanes with it. And that’s all I wanted to do.  I didn’t have a 'Plan B'.”

Mariah’s 'Plan A' seems to have been hatched in utero. Her parents, convinced that she was going to be a boy, decorated her nursery with all manner of planes and rockets. When Mariah popped out instead, the couple kept the décor and stepped back to see what their daughter would do.

Mariah took the bait. Her childhood was full of tom-boyish adventures, from roller-blading down steep hills to taunting the neighborhood bull snake. Through it all, her father, a computer scientist, was often her partner in crime.

“My Dad was crazy about anything that flew, and he always shared that with me. I think what sealed the deal was, when I was 5, he made friends with the captain of the Thunderbirds and took me out to the Air Force base so I could just get on a plane. Then he paid the guy to pretend that something went wrong with the plane – forcing him to take off and fly me around,” she says. “I’d say that my brainwashing was pretty complete after that.”

A year after Ronnie Amstutz’s passing, Mariah Amstutz was back at Georgia Tech, dutifully burnishing a lackluster GPA with all the pride of an honor student. It was tough – it’s still tough -  but the alternative is worse: Mariah Amstutz has seen what it’s like to be separated from dreams. She is happy to have even a mediocre GPA to tinker with.

“I’m doing well enough now, but it would take a lot to make up for my first few years, and that probably can’t happen,” she says. “So my grade point average might mean that I won’t get the internship. But it won’t mean that I can’t do the job. I am determined. And that’s all I want to do.”

But it’s not the only thing she’s doing. Ever aware of the shadow that cancer has cast on her life, Mariah Amstutz started fund raising for the Leukemia Lymphoma Society in the spring of 2016. Not just any fund raising either: she trained for, and ran, a full marathon last January. She will do so, again, in January of 2018.

“I was never a runner before March of 2016 - I’m a fat kid at heart,” she says. “But my hope is that, when my sister’s cancer becomes a problem, she won’t have to go through all of the transfusions that my Dad went through. Maybe what we do now will mean she just has to take a pill.”

Wherever Mariah Amstutz goes from here, we have a feeling it'll work out. 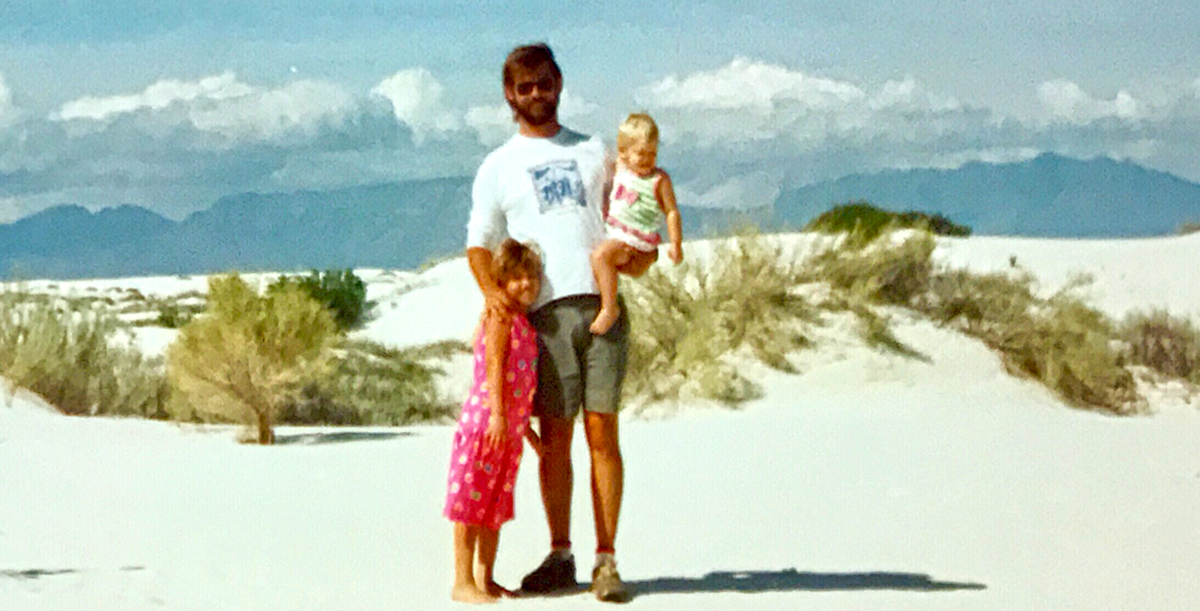 In January, AE undergrad Mariah Amstutz (in diapers, above) will run the Disney Marathon to raise funds for the Leukemia & Lymphoma Society in honor of her late father, Ronnie and her older sister, Stacy. Then, it's back to classes. She hopes to graduate in December, 2018. 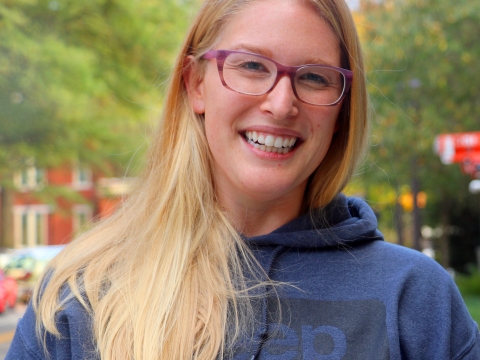