AE Researchers Publish Findings on Mitigating the Effects of Blasts 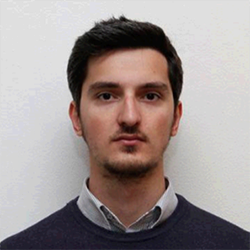 "Optical Evaluation of the Wave Filtering Properties of Graded Undulated Lattices," an AE-authored article focusing on the mitigation of impacts from explosions, has been featured on the front page of the Journal of Applied Physics.

The article, co-authored by AE doctoral student Giuseppe Trainiti and AE professors Massimo Ruzzene and Julian J. Rimoli, proposes a new design for an energy-absorbing lattice that can be used to mitigate the effects of blasts. The new material technology has multiple applications, including as a component of military or commercial armored vehicles or as insulation for shock-receiving equipment such as football helmets or body armor. 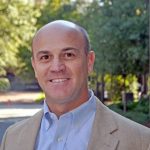 The team's unique approach to investigating wave mitigation  - a Digital Image Correlation (DIC) -based technique - is applied for the first time for the detection of in-plane elastic waves propagating in structural lattices. Digital imaging correlation is a widely used technique that has never been applied to capture waves; the team's decision to use it has opened up previously unexplored areas.

"This paper is the first one in its kind that provides an experimental demonstration of the concept," explains Ruzzene.  "It employs high-speed cameras to visualize waves propagating in the lattice. These are extremely high-speed events that are very difficult to capture and visualize." 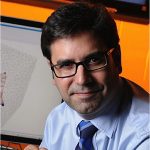 The article explains how the research team developed the DIC technique to visualize waves, and validates the approach against the measurements obtained using a Laser Doppler Vibrometer, which is widely used, but which is limited in its ability to detect in-plane wave. For this purpose, a dedicated DIC procedure was implemented specifically to capture in-plane wave motion at very high frequencies.

"This paper is likely to lead the way on how these types of lattice structures are tested, and will provide insights into novel designs that provide superior energy absorption capabilities" said Trainiti.