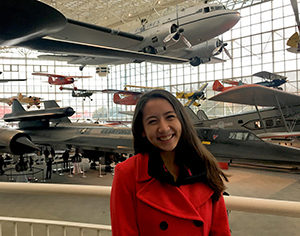 Two fourth-year AE undergraduates have been recognized by the Students for the Exploration and Development of Space (SEDS), which held its annual conference, SpaceVision, in Cape Canaveral Nov. 16-18.

SEDS@GT co-founder and co-president Dawn Andrews received the Todd B. Hawley Award for Student Leadership. That award is given, annually, to a student "has proven her/himself as an exemplary leader at the local and national level of SEDS as well as in the larger space community."

In addition to her work with the newly formed SEDS@GT chapter, Andrews has been active in the GT chapter of Sigma Gamma Tau, the honor society of aerospace engineers. She plans to return to a co-op with SpaceX in the coming semester and will graduate in December 2018.

Of her work with the Georgia Tech chapter of SEDS, Andrews evokes her trademark passion for 'all things space':

"We’ve had a really great time this semester sharing our enthusiasm for space with each other. We pair student interest presentations with professionals in the field, and have had meetings over everything from asteroid mining to future architecture on Mars to the economic feasibility of the Star Wars Death Star. It has certainly been a fun semester, and we hope to keep building a community within the AE school that is centered around inspiring and empowering students through a collective passion for space!"

Interested students can find out more about SEDS @GT by visiting orgsync. 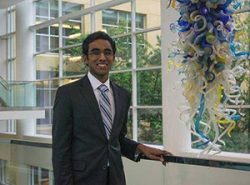 SEDS@GT's co-founder and co-president, Yash Chandramouli was elected to the national board, SEDS-USA, as a member-at-large. In addition, the Georgia Tech chapter of SEDS was named the "Best New Chapter"- an honor that recognized its aggressive agenda and rapid growth since its establishment, last August. After just one semester, the fledgling group currently has around 40 members.

"I think we won Best New Chapter because, in just a semester, we have been able to develop creative ideas for events and member engagement, gain a clear understanding of our desired identity, and create concrete game plans to address the challenges still ahead of us," said Chandramouli.

"I think they recognized that we are not just committed to creating an organization for today, but are really working methodically to lay the foundation for a chapter that is strong for years to come.”

The three-day conference, organized entirely by and for students, hosted networking and info sessions from many high-profile industry employers, including Boeing, Lockheed Martin, Virgin, Orbit International Space University, United Launch Alliance, NASA and the United Sates Air Force National Space Society. It also hosted a variety of workshops that allowed attendees to consider new trends in the discipline of aerospace engineering, including national security, travel to Mars, and the establishment of space-scalable businesses. 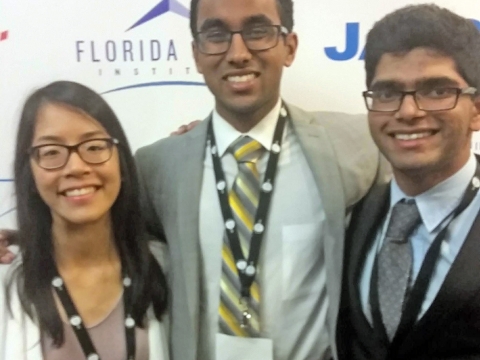