As a part of the fellowship, the 23-year-old Silver Spring, Maryland native will intern this summer in Virginia at the Aerospace Corporation, where he will work on performance modeling development and analysis. Thereafter, the Fellowship will support his graduate education through his doctoral thesis.

"Well, that's if I get through quals," quipped Betancourt.

Straightening up a little in his chair, he added:

"But, I think I'll get through quals. The future in space travel is going to be driven by electric propulsion. Eventually I want to work on developing cutting edge space propulsion systems - liquid rockets or Hall Thrusters. I'll need the Ph.D. to get somewhere."

Betancourt earned his undergraduate degree in aerospace engineering at the University of Maryland. He says his decision to pursue engineering boiled down to a few simple observations he made when he was in sixth grade.

"My cousin is an engineer at SpaceX now, but when he was an undergraduate studying engineering, I thought I might want to do the same thing. So I looked up 'engineering' and it said you had to be good at math and science. I was. So that's what I followed from then on."

And he has no regrets. But Betancourt will be the first to tell you that engineering at Tech has been more demanding than anything he did before. He likes that.

"Yeah, it's not easy, but I've always liked things that were challenging, that would teach me something," he said. "At the end of the day, it's not what you read in the manual or in the book that counts. It's your ability to extrapolate, to apply it to something you've never done before. That's what I'm doing at Tech. And I like it."

Since its founding in 1976, the GEM Fellowship has helped more than 3,200 researchers, professors, entrepreneurs, inventors, and business leaders earn degrees in the physical sciences, life sciences, and engineering. GEM’s mission is to enhance the value of the nation’s human capital by increasing the participation of underrepresented groups (African Americans, Native Americans, and Hispanic Americans) at the master’s and doctoral levels in engineering and science.

The Aerospace Corporation is a federally funded research and development center (FFRDC) that provides guidance and advice to military, civil, and commercial customers to ensure the success of complex, technology-based programs. 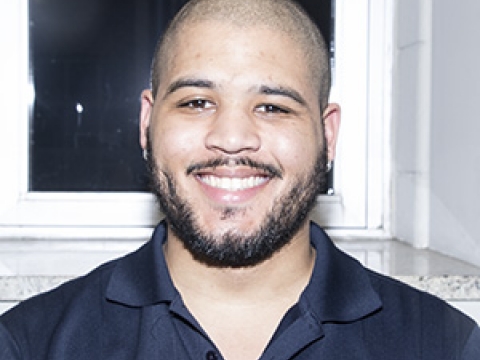