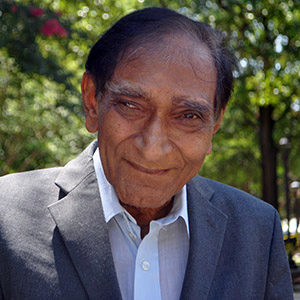 A faculty at the Daniel Guggenheim School of Aerospace Engineering for almost 50 years, Hanagud received the award during ceremonies held to celebrate the Institute’s 75-year anniversary last December. He earned his master’s degree at the Indian Institute of Science in 1958 before going on to earn his doctorate in aerospace engineering at Stanford University in 1962.

In its bestowal of the award, the Institute commended Hanagud for “contributions to the field of aerospace engineering, as an alumnus, that have added to the prestige, ranking and reputation of the Department.”

A respected member of the AE faculty since 1970, Hanagud is well-known in the larger aerospace engineering community for his many contributions in the areas of smart structures based vibration control, biomechanics, induced strain actuators, health monitoring of structures, active aeroelastic control and beneficial modifications of the musical instruments to improve their structural dynamic and acoustic response. In 1967, he, co-founded the company Failure Analysis Associates now located in Menlo Park, California. The company helped form two acoustic emission technology firms.

His research in structural dynamics even contributed to the development of a smart acoustic guitar – an instrument capable of attaining superior sound quality by employing active feedback control to influence the vibration and acoustics.

“That Professor Hanagud has led a distinguished career is no secret to anyone in our field,” said AE Chair and William R. T. Oakes Professor Vigor Yang. “He is a linchpin of the AE School’s success – in the classroom, the lab, and in our constant bid to expand the impact of engineering in our world.” 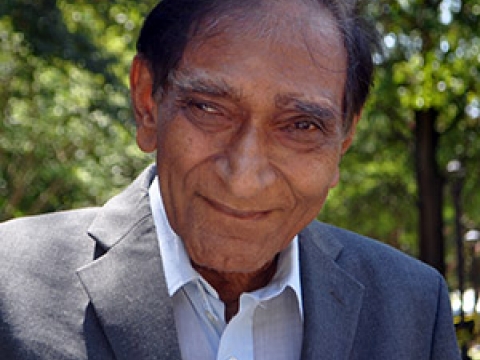