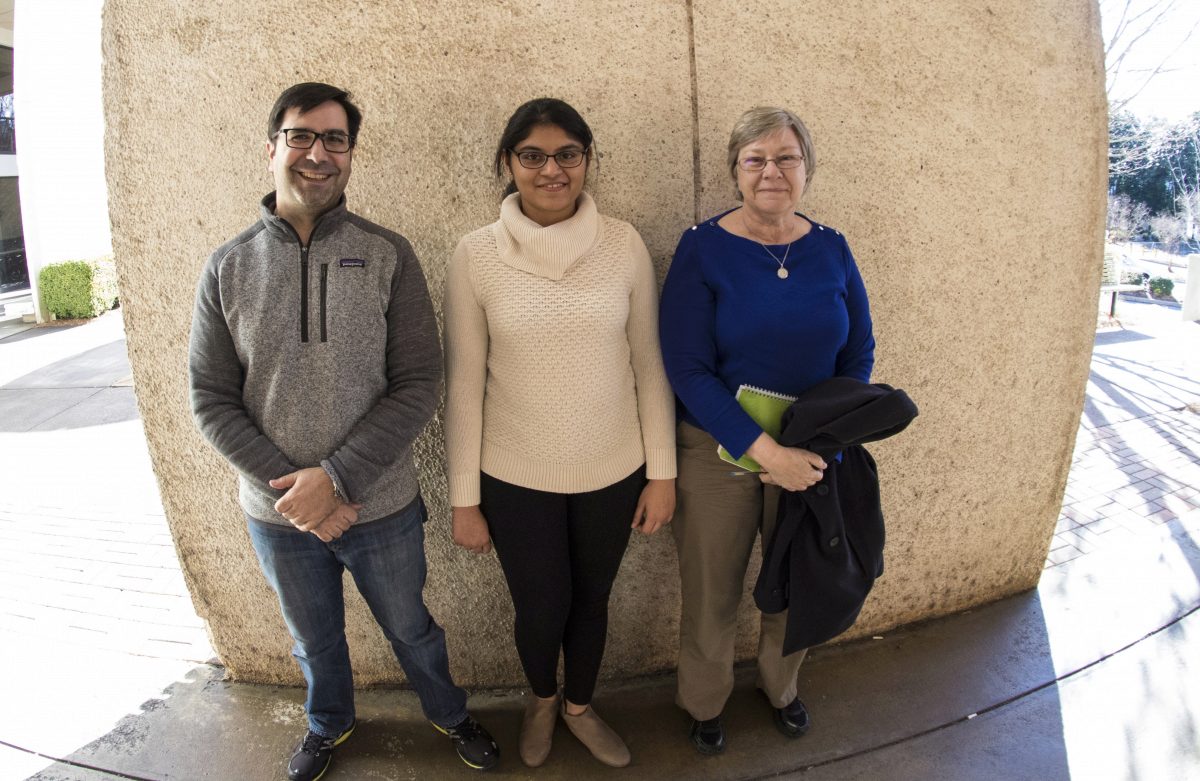 Above: Aarohi Shah (center) is flanked by her advisor Dr. Julian Rimoli and Dr. Marilyn Smith

Aarohi Shah had a plan when she came to Georgia Tech: earn a master’s degree in aerospace engineering and get a good job.

It’s a good thing that plan didn’t work out. 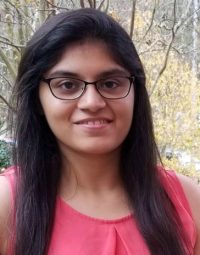 In January, Shah passed her Ph.D. qualifying exams and was selected as the 2018 Atlanta/GT Chapter winner of the American Helicopter Society’s (AHS) Robert Lichten Award for a paper she co-authored, "Closed Loop Approach to Structural Health Monitoring for Critical Rotorcraft Components.” Shah’s research was also selected by AHS as the Southern Region’s submission for the international competition in March. Shah’s research paper will also be presented before the AHS International Forum 74 in Arizona this coming May.

Funded by the U.S. Army via Georgia Tech’s Vertical Lift Research Center of Excellence (VLRCOE), Shah’s work focuses on extending the life of the collective and cyclic pitch links in Blackhawk helicopters. Eventually, she says, the work they are doing will be applicable to all components on different types of rotorcraft.

By running exhaustive real-time stress analyses of pitch links, Shah and her colleagues seek to pinpoint the critical regions within the component for load alleviation.

“Fatigue failures account for a major portion of premature failures in rotorcraft components. We want to reduce damage propagation in key components, much of which is caused by fatigue,” says Shah.

“If we can create a system that allows for real-time load alleviation, we can reduce damage on components that affect safety. Right now, we don’t have any systems in place that allow pilots to make adjustments, real-time. We have sensors throughout the rotorcraft that produce data, but the results are observed and analyzed from the ground. And we have to land the helicopter to make the adjustments.”

A grad student in Prof. Julian Rimoli’s Computational Solid Mechanics Lab, Shah generated the research as a part of a larger VLRCOE-supported project that Rimoli co-leads with professors Massimo Ruzzene and J.V.R. Prasad. Her entry in the AHS competition was greatly encouraged by Prof. Marilyn Smith. The 23-year-old is almost without words when asked to describe her journey.

“I have been so well-supported by the faculty in the AE School,” says Shah. “I most certainly would not be where I am without their help.”

But it was Rimoli who waged something of a campaign to convince Shah that she should not stop with a master’s degree.

“In April, he started talking to me about a research proposal that he said would be perfect for me. He started sending me papers about it so I could read up. And he started saying ‘Why don’t you consider a Ph.D.?’” she said.

“I was terrified of taking quals and, at my age, I thought that I couldn’t possibly turn down the job offer. I thought I’d be black-listed from getting a job there. And I knew I’d need a job when I got out of Tech, even if I have a Ph.D. But he kept saying ‘I know you can do it. You must trust yourself. You have the potential to do a Ph.D. You’ll do fine on quals.’ He even offered to write a letter to my hiring manager at Cummins, explaining, I guess, that I was not turning them down to go to a competitor, I was furthering my education.“

Rimoli wrote that letter last May. 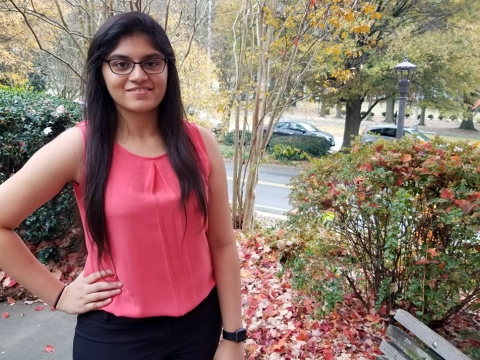