In her element. The 2018 recipient of the Helen E. Grenga Award, Dawn Andrews has been interning at SpaceX since May of 2017. She has been invited back to campus to formally receive the award in April.

"The fact that this award is in honor of someone whose legacy was to support others, well, that's very special to me," she said." I'm just happy to be around very smart people at Tech."

Those smart people around Dawn Andrews feel the same way about her. 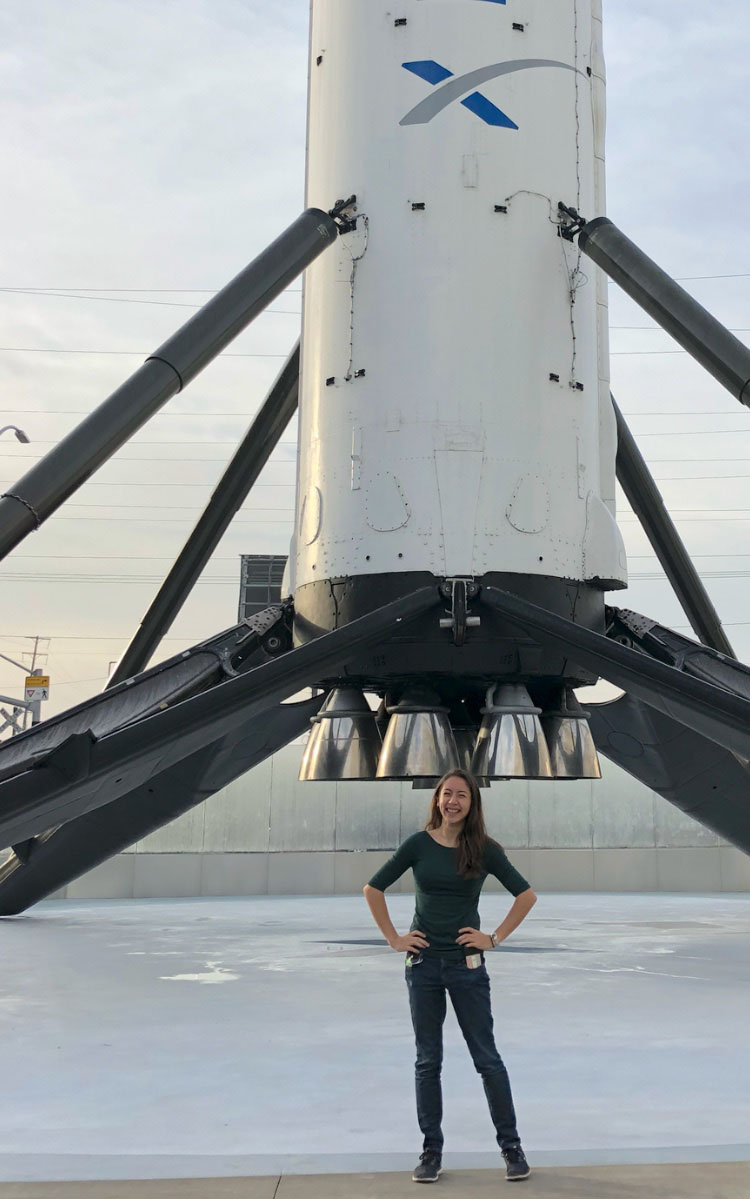 "When she joined us in Limerick for a summer study-abroad, she noticed that some of her classmates were not using their food vouchers on the weekends, because they were traveling. So she carefully collected them each week and donated them to a homeless shelter. She was able to collect 1200 Euros worth of coupons, that helped 100+ homeless people over a 10-week period."

Named for the first-ever female engineering professor at Georgia Tech, the Grenga Award annually recognizes a female student who is exceptionally accomplished in multiple ways – academically, professionally, and socially.

That's an accurate thumbnail sketch of Andrews.  In addition to being a member of the aerospace engineering honor society, she has served as both vice president and president of the student chapter of AIAA, co-founded the Georgia Tech chapter of Students for the Exploration and Development of Space (SEDS), and is a founding member of the Women in Aerospace Advisory Board.

She's even served as the drum major of the Georgia Tech Marching Band.

"Yeah, I'm that person you see in a sparkly suit on top of the ladder, conducting the band at events," she said, laughing at the seeming incongruity.  "I used to play flute, and I love music, but since sophomore year, being the drum major has been a balancing force in my life at Tech. I love it."

"Dawn is one of those people who quietly leads, from behind, where you might not notice her working away," said Professor Karen Feigh, who advises the Women In Aerospace Engineering Advisory Board. "But when you get her on your team, you can be certain she will excel."

Right now, and for the last ten months, Andrews has been interning at Space Exploration Technologies, aka SpaceX, where she has worked as a customer operation and integration engineer and as a vehicle engineer. While she is mum about the details of her work on the Falcon 9, the smile on her face speaks volumes about the passion she feels for the work.

"This has been a great opportunity. I've learned so much. I'm working in the structures group now, and I hope I can stay through the summer," she said. "Then it's back to Georgia Tech, next fall. I'll graduate in December."

More than a few faculty at Tech would love to see Andrews return for graduate school.

"As a student, she has the ability to anticipate many of the details that need to be addressed in a complex project, and then she goes ahead and attends to them," said Prof. Marcus Holzinger, who oversaw her work in thermal modeling analysis on the Omnidirectional Space Situational Awareness (OmniSSA) system project.

"It's something you usually see only in senior level graduate students. So, whatever she does, I think she's going to do well."

Andrews has been invited to formally receive the Helen E. Grenga Award, along with a $2,500 stipend, at the WIE banquet on April 10. 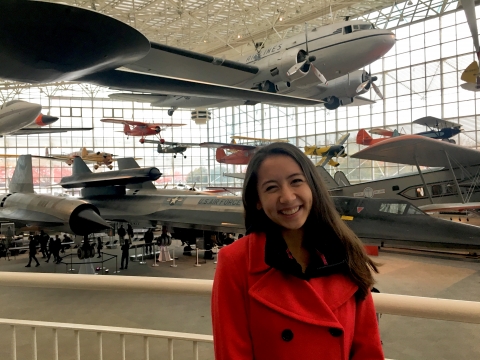