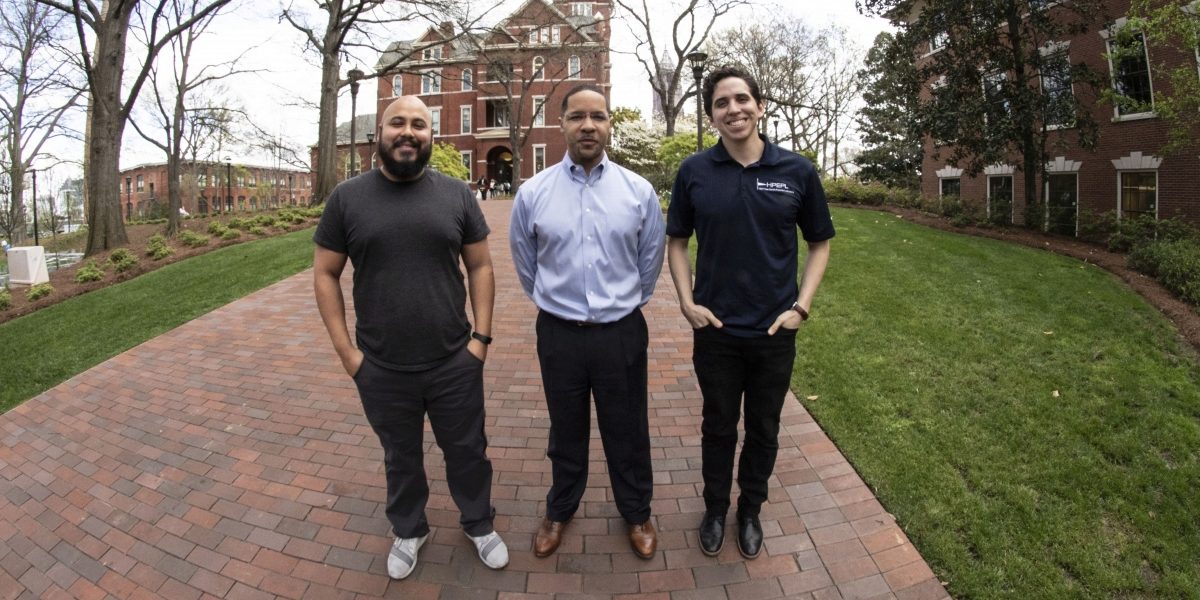 High Powered Electric Team. From left, doctoral student David Jovel, HPEP director & AE professor Mitchell L.R.Walker, and undergraduate David B. Gomez. Last fall, Gomez received a Georgia Tech Grant and a COE CEED Wise Scholarship to help him afford his last three semesters as an undergraduate at the AE School. More recently, his research was chosen as the winner of the AE Undergraduate Research award, which will be bestowed April 17. All three work together in the HPEP Lab.

What a difference a year makes.

Just ask David B. Gomez, whose research "HPEPL's Motivation for Mass Flow Calibration " (PDF)  has been selected to receive the 2018 Award for the best AE Undergraduate Research Project. He'll officially receive that award at the April 17 Undergraduate Research Symposium. A couple weeks later, he'll graduate with his B.S. AE degree. Meanwhile, he's testing electric propulsion devices in the High Power Electric Propulsion Lab (HPEPL) in preparation his summer internship at JPL. He'll be back to begin his graduate studies in the fall.

If pushed, he'll admit that he's got his eyes on a doctorate.

But in the spring of 2017, Gomez's dreams were on life support: his car and laptop both died. He had maxed out his student loans, his HOPE scholarship had dried up, and he still had three semesters to go before graduating.

"My work ethic was there, but my self confidence wasn't. I had gotten a chance to do some work in the High Powered Electric Propulsion Lab, which I loved, but when I was by myself, I was anxious and sad, because I couldn't see how I would make it," says the 23-year-old Warner Robbins native.

Fortunately, the people around him did.

One of those people was his advisor Prof. Mitchell Walker, who had quickly noticed how hard Gomez worked and how passionate he was about the details. After a few short weeks in Walker's lab, Gomez had gained the trust of doctoral student David Jovel and had shown himself to be a team player. Walker happily interviewed Gomez for a summer internship, but offered him a paid research job when he got wind of Gomez's financial situation.

Not long afterwards, Dale and Ruth McClain, the parents of Gomez's AE classmate Abigail McLain, insisted that Gomez stay at their home - for free - and use their car while he was taking classes and working at his summer job.

"They scooped me up, fed me, and wouldn't even let me do dishes," he said. "By the end of the summer, I had pocketed enough money from my research job to replace my car and my laptop. And Georgia Tech had come up with some additional scholarship to help me graduate."

The generosity lifted his spirits, but David Gomez still needed one more 'booster rocket' to reach his dreams:  he had to see himself as being bigger than his educational debt. He had to consider graduate school.

"I don't come from an environment where expensive is a good thing, and I had a nice little debt from my undergraduate education," he said. "Graduate school is expensive. I couldn't see how graduate school could work."

His advisor, Mitchell Walker, wasn't having any of that sort of talk,

"He kept pointing to my GPA and telling me that investing in education was never a waste. And that, with that GPA, I had made myself a good investment. He told me I wouldn't have to pay for graduate school if I kept concentrating on the research, which I already loved. Honestly, he opened my eyes to the idea that your future is totally malleable if you work for it."

Back in the lab, that sentiment was echoed by Jovel, who took Gomez under his wing, prodding him with questions and challenges that drew him in. One day, not long after he gave Gomez the keys to the lab, Jovel introduced his protege to the mass flow control panel, a piece of equipment that would become central to Gomez's award-winning research project.

Gomez remembers gulping down some serious nerves when Jovel said this. But they were the kind of nerves that spark ambition, not fear.

"It was pretty dramatic, but in my mind, I knew that I would return this challenge by giving back 110 percent," he said. "People recognize the value of that. And I have a lot to give." 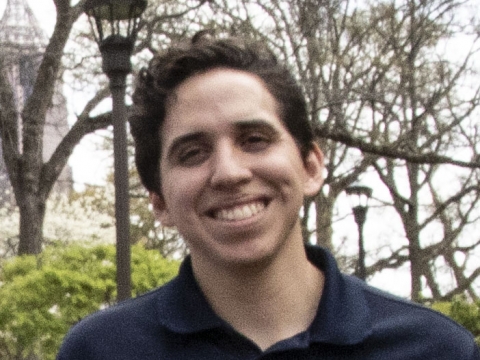