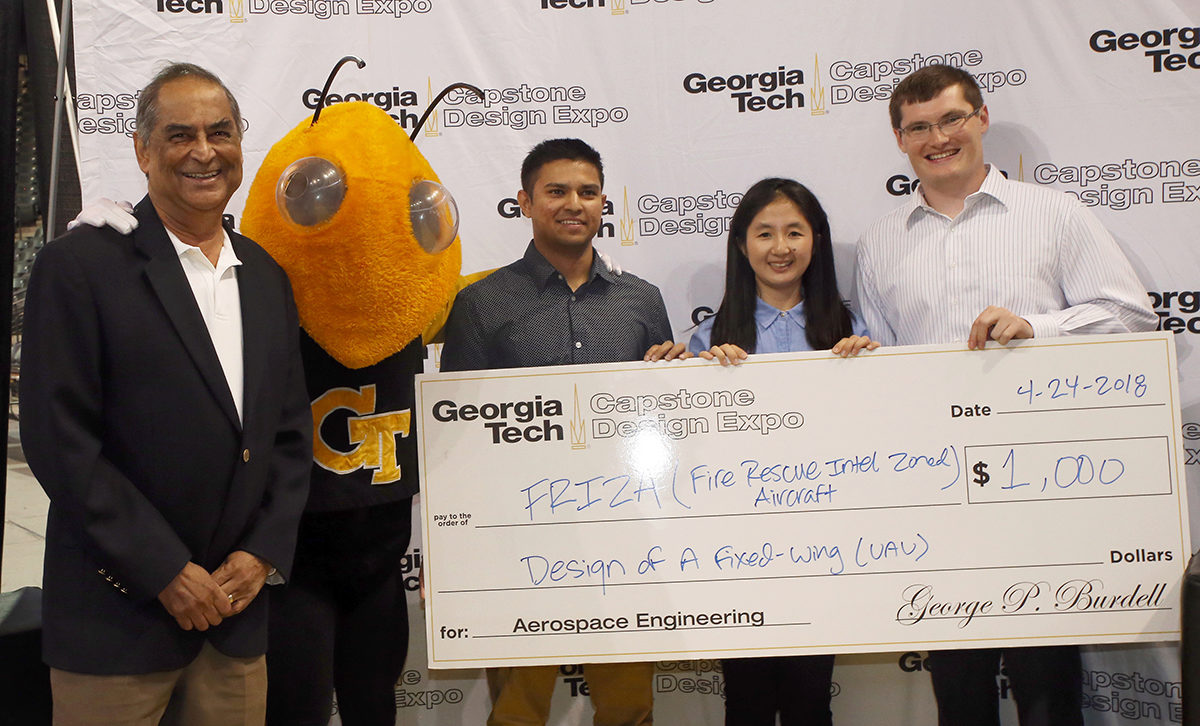 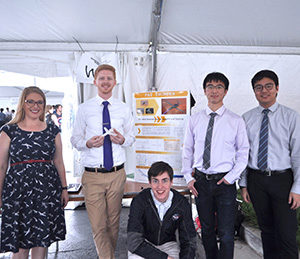 Altogether more than 200 teams from 12 schools and three colleges participated in the Expo, all of them showcasing the projects they produced as a part of the Senior Design class, a required course for many majors. More than 200 Georgia Tech alums and industry experts flocked to the event to serve as judges in the three-plus hour extravaganza.

The winning AE entry, FRIZA, (Fire Rescue Intel-Zoned Aircraft) is an airplane that Carl Johnson's Senior Design students produced in response to an RFP issued by the Boeing Company, a sponsor of their project. Their mission was to design a hand-launched UAV that is capable of both tracking wildfire progression and providing real-time data to ground crews that are directing firefighters' efforts. On-board video and sensing devices had to be able to transmit significant information to the ground crews. The vehicle could be no heavier than 15 pounds but also be capable of withstanding high winds.

Taking home the best overall project of the night was the School of Biomedical Engineering's Team Kith-Cath, who developed an adaptable catheter for their sponsors in the Interventional Radiology Department at Emory University Hospital Midtown. Inspired by a Slinky, the catheter tip can bend and adjust to the curves in a patient's vascular system, resulting in a snug fit and greatly reducing the amount of time radiologists have to spend adjusting catheters. It will also reduce the number of catheter exchanges, wasted product, procedure lengths, costs, and patient discomfort. Everyone on the team is interested in pursing careers in the medical device field.

For some of the student engineers showcasing their work at the Capstone, their projects could turn into stepping stones for career opportunities of entrepreneurial startups. Several teams received golden tickets, granting them entry into Georgia Tech's CREATE-X startup program. Others students used their projects to wow sponsors, earning them jobs, continued funding to follow up on their work, or in the very least, an important industry collaboration to put on their resume.

Read more about the Capstone Expo 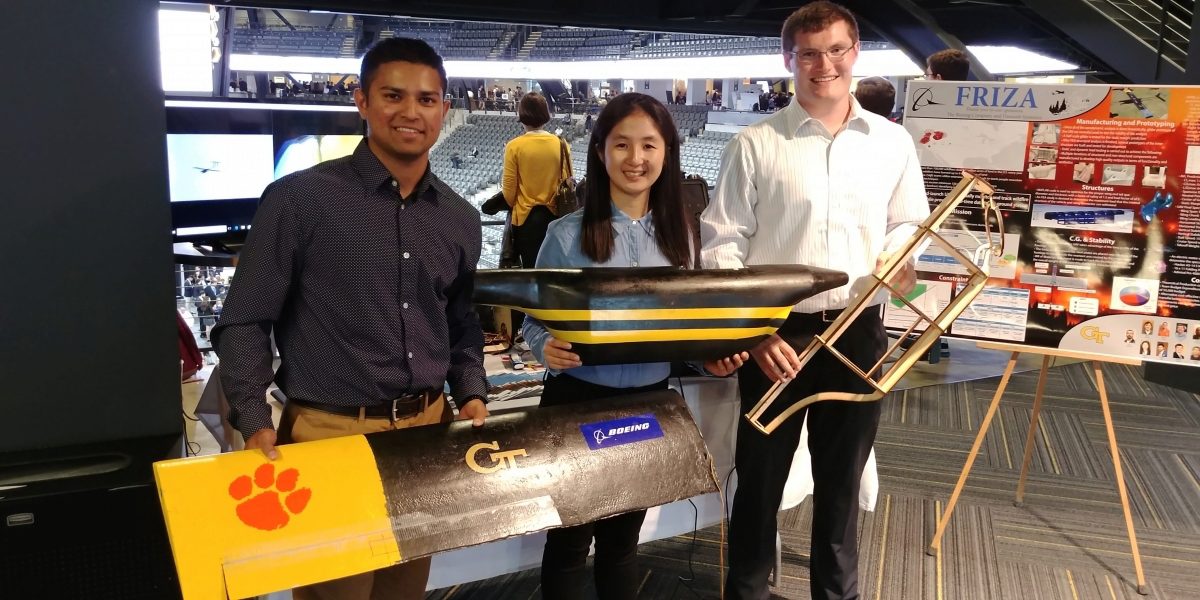 Collaboration Works. Under the auspices of the Boeing AerosPACE initiative, the Georgia Tech members of Team FRIZA worked closely with other college engineers at Clemson University and the Tuskegee Institute to produce their award-winning airplane design. The year-long collaboration between students at different universities is intended to teach would-be engineers to creatively utilize technology to collaborate from remote locations and diverse environments. 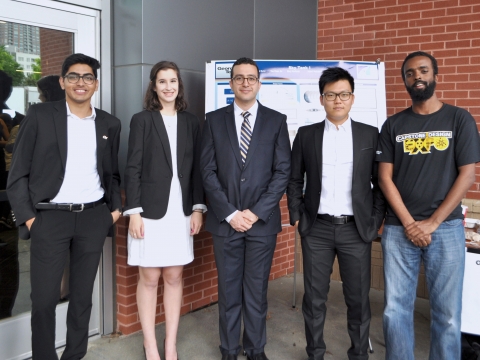