The public policy research of two AE doctoral graduates has been incorporated into the recently published book, “Technology and Intelligence Community: Challenges and Advances for the 21st Century,"  part of the Springer’s Advanced Sciences and Technologies for Security Applications book series.

Houston native Shai Bernstein, Ph.D. AE ‘17  and Baltimore native Leah Ruckle Ph.D. AE ’18 each contributed a chapter to the text as a part of their fellowship in Georgia Tech's Sam Nunn Security Program (SNSP). The year-long public policy program educates scientists and engineers about national security issues and provides the analytical tools they need to interact with the policy community.

“The Sam Nunn Security Fellowship was a fantastic learning experience to gain better insight into the security realm and understand the types of challenges faced by the people that work in this area, the processes and solutions they might adopt to meet these challenges, and to understand how people make policy, or organizational decisions in this world,” Bernstein explained.

Bernstein’s chapter  “Interaction of Technology and Organization: Case Study of US Military COMINT in World War II” focuses on the question of how intelligence agencies must adapt themselves at a fundamental level to best make use of new technology.

Bernstein’s analysis looks at how the organizational structures of the United Kingdom's Government Code and Cypher School (GC&CS) and the United States Military were both influenced by the invention of radio. The introduction of radio to both organizations also introduced new possibilities for interception, among other things.

“One major thing I learned was how new technology can cause  organizations to lose sight of their primary mission and that this can sometimes be reflected in their structure.”

​Ruckle's chapter “The Dragon Lady and the Beast of Kandahar: Bush and Obama-era US Aerial Drone Surveillance Policy Based on a Case Study Comparison of the 1960 U-2 Crash with the 2011 RQ-170 Crash," compares two historical surveillance aircraft incidents - the 1960 U-2 crash, and the 2011 RQ-170 crash (sometimes referred to as "the Beast of Kandahar.") Ruckle to determine what could be hypothesized about the RQ-170 program based on the U-2 program.

She said her research sometimes led her to seek information labeled “Top Secret” and “Classified” by the military. That was a dead-end. But it didn't stop her. That's when she made ample use of her skills in both aerospace and physics to understand the role the vehicles themselves played in the intelligence community.

“Despite the fact that the planes look extremely different from a physical perspective, as an aerospace engineer, they looked extremely similar to me. That’s where the aerospace background helps add another dimension to this chapter.”

Another important discovery was that though the crashes were very different, and took place 50 years apart, the advancement in technology couldn’t be ignored.

Now that Bernstein and Ruckle have earned their Ph.D.’s they are on to new adventures.

“Getting my Ph.D. seemed like an insurmountable challenge six years ago, yet, after a lot of hard work I'm a bit amazed to find myself on the other side of that challenge and looking forward to new ones"  said Bernstein who recently started working as an engineer/ senior member of the technical staff at Charles Stark Draper Laboratory. There, he is working on problem characterization, tradespace exploration, and engineering decision analysis.

Soon after she finished her studies at Tech, Ruckle set off on a road trip to El Segundo, California where she will work as a space systems analyst at the Aerospace Corporation. 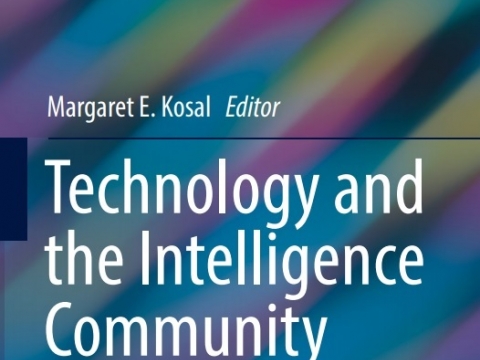