Aerospace Engineering professor Marilyn J. Smith has been selected as the technical director of the Vertical Flight Society (VFS) for a two-year term beginning July 1.

Smith is the current director of a seven-university Vertical Lift Research Center of Excellence housed at Georgia Tech and competitively funded through an Army-Navy-NASA collaboration. In addition, she is a board member of the Vertical Lift Consortium, an industry-academic organization that collaborates with the US Government to accelerate development of technology for Future Vertical Lift (FVL) platforms.

"Professor Smith has been a tireless advocate for vertical flight and a significant contributor to the field," said William R. T. Oakes Professor and School Chair Mark F. Costello.  " I have no doubt she will serve with distinction in this important leadership position in the Vertical Flight Society."

The Vertical Flight Society is the world's only international technical society to focus on the advancement of vertical flight technology, encompassing rotorcraft, unmanned aerial systems (UAS), urban air mobility (UAM), and electric VTOL (eVTOL). Smith is globally recognized for her contributions and leadership in her field as a Fellow of the American Institute of Aeronautics and Astronautics (AIAA), Technical Fellow of VFS, and Fellow of the Royal Aeronautical Society (RAeS). Her research on aeromechanics and unsteady aerodynamics has garnered numerous technical awards from NASA and VFS, as well as recognition from the American Society of Mechanical Engineers (ASME). She heads up the Nonlinear Computational Aeroelasticity Lab within the Daniel Guggenheim School of Aerospace Engineering.

"My primary focus will be to expand educational opportunities in Vertical Lift to fill the large number of engineers needed for this exciting era, building on our efforts diversity and inclusion, " Smith explained. "In addition, VFS will continue to advocate investment in innovation and development in both military and civilian vertical lift technologies."

Smith recently spoke at length about her vision during the Agility Prime conference.

Smith has served in multiple technical global leadership roles at VFS, including Aerodynamics Technical Chair, the annual Technology Forum Chair, and deputy technical director for Aeromechanics, as well as serving on the VFS Board of Directors. At Tech, she is well-known by generations of vertical lift scholars, having served as the faculty advisor and president of the the Atlanta Chapter for a decade.

Founded as the American Helicopter Society in 1943, the Vertical Flight Society is the global non-profit society for engineers, scientists and others working on vertical flight technology. For more than 75 years, the Society has led technical, safety, advocacy and other important initiatives, and has been the primary forum for interchange of information on vertical flight technolog 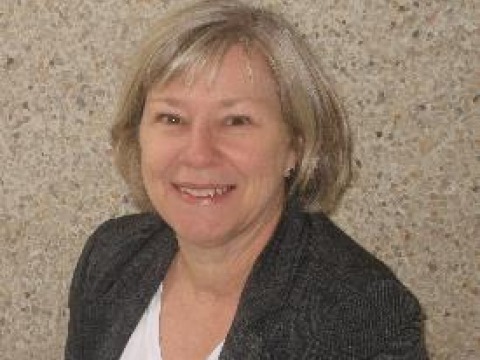