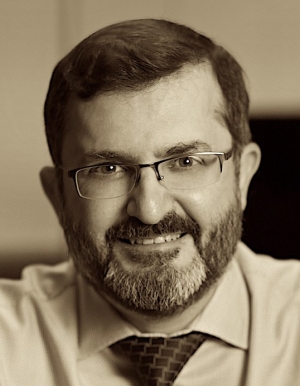 Dr. Saleh is an associate professor in the Daniel Guggenheim School of Aerospace Engineering at the Georgia Institute of Technology. He received his undergraduate degree from Supaero (now ISAE) in Toulouse, France, a masters degree from Harvard University, and a Ph.D. from the Department of Aeronautics and Astronautics at MIT. Prior to joining Georgia Tech, Dr. Saleh served as the executive director of the Ford-MIT Alliance, a multi-million dollar research partnership between MIT and the Ford Motor Company. He currently serves as an associate editor of the journal Reliability Engineering and System Safety, and the IEEE Transactions on Aerospace and Electronic Systems. Dr. Saleh is the author two books, 120 technical publications, including two articles in the Encyclopedia of Aerospace Engineering (Wiley), and 60 journal articles, a dozen of which have been included in the Top 25 most downloaded publications on ScienceDirect. He is an Associate Fellow of the American Institute of Aeronautics and Astronautics (AIAA) and a Senior Member of the Institute of Electrical and Electronics Engineers (IEEE). Dr. Saleh has received several awards for his teaching and mentoring, including the Outstanding Faculty Award, the Lockheed Dean's Excellence in Teaching Award, and the Most Valuable Professor Award at Georgia Tech; and at MIT the Vicki Kerrebrock Award and two mentoring awards for supervising the Best Theses in the Technology and Policy Program (for Nicole Jordan and Juan Pablo Torres Padilla). His research cover three broad themes: (1) spacecraft reliability and multi-state failure analysis (2) programmatic systems engineering as it pertains to space systems, focusing on its temporal dimension, including flexibility, on-orbit obsolescence, space responsiveness, and schedule risk (3) accident causation and system safety (across different industries)