In the fall of 2020, the AE School leadership saw a local need for help and resources which led them to met with Atlanta Public Schools officials and asked, “How can we help?” That initiated a partnership between the Tuskegee Airmen Global Academy and the Daniel Guggenheim School of Aerospace Engineering at Georgia Tech.

The partnership focuses on K-12 curriculum and resources provided by the School and the Georgia Space Grant Consortium, featuring aerospace fundamentals that can be easily grasped by young students.

“Our goal is to be a long-term partner with the Academy and provide support and resources for their entire school as needed,” said Mark Costello, William R.T. Oakes Professor and School chair. “We want to foster continuous engagement with our local school systems to help instill the importance of STEM education starting at an early age.”

About the Tuskegee Airmen

The Tuskegee Airmen were the first Black military aviators in the U.S. Army Air Corps, a precursor of the U.S. Air Force. Trained at the Tuskegee Army Air Field in Alabama, they flew more than 15,000 individual trips in Europe and North Africa during World War II.

Their impressive performance earned them numerous distinctions and helped encourage the eventual integration of the U.S. armed forces. The Academy was named for the Tuskegee Airmen, seeking to honor both the men and women who were pioneers, leaders, innovators, and role models.

How can I get involved? 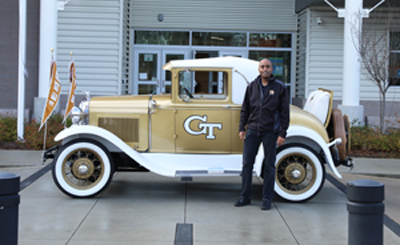